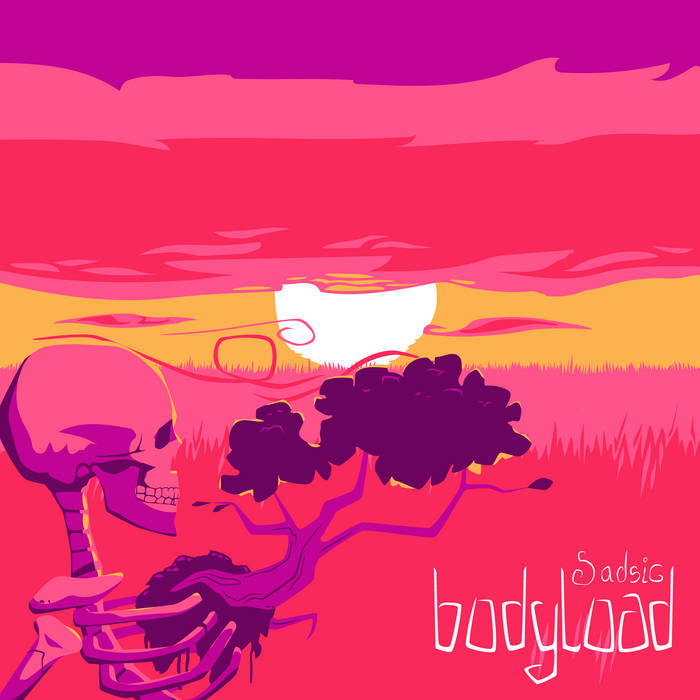 Bodyload is New Jersey based producer Sadsic's second release with Collective Resonance. Following up his popular, self-titled 2013 release, it consists of 16 mind-bending tracks (26 including bonus tracks) and there are features from Cornelius Flynn, Valets, Victoria, Fifi Rong, Essue Dove, 105, See More Perspective, Lang Vo, Kwamizzle, Bearhead and more. If you download this special edition of Bodyload here from our Bandcamp, you will also get 10 hidden bonus tracks. Bodyload will be available on iTunes, Spotify, Amazon and most major online platforms as of May 27th, 2016. This will not be the same as this special Bandcamp edition though and will not feature the bonus tracks. The following is taken from Wikipedia...

"Body load is the specific tactile sensations brought on by psychoactive drugs, especially psychedelics. Generally, body load is an unpleasant physical sensation that is difficult to describe either in terms of other sensations or in its specific location. However, it could be likened to an instinct of the body sensing it is about to be placed under exceptional stress, a state of pre-shock. Nausea may be present with, or as a part of, body load. Different drugs may cause different body load sensations which vary in intensity and duration."

The following are Sadsic's words....

"Bodyload is a feeling. It's a culmination of many different thoughts I've had, thoughts stemming from a tide of mental illness. In my experience in subjective reality, I have found many different points of views, views I think that are on display on this album. Every song is a completely different genre, style, flavour. Many of the tracks are comprised of multiple tracks playing in tandem, at the same time. This creates waves of psychedelic tender on the mind, the feeling of overload. Every track is maximized on this album, taking as much room, space and feeling as they can possible contain within the confines of audio. This may be overwhelming at first, but once you can accept the feelings of bodyload, I think you will understand subjective reality just a bit better."

Bandcamp Daily  your guide to the world of Bandcamp